Thank you for your reading and interest in the news Saudi Arabia at 90: Sheikh Khalifa congratulates King Salman on National Day and now with details

The Kingdom’s National Day falls on September 23 and marks the day when its founder King Abdulaziz Al Saud renamed the Kingdom of Nejd and Hejaz to the Kingdom of Saudi Arabia, in honour of his family name.

It was declared a national holiday by the late King Abdullah in 2005.

The rulers of all seven emirates and Sheikh Mohamed bin Zayed, Crown Prince of Abu Dhabi and Deputy Supreme Command of the UAE Armed Forces, extended their congratulations to King Salman on Tuesday, and to Saudi Crown Prince Prince Mohammed bin Salman.

The Kingdom will mark the occasion with the largest ever air show featuring 60 military and civilian aircraft, organised by Turki Al Sheikh, chairman of the Board of Directors of the General Entertainment Authority.

The 90th anniversary will be celebrated as the country marks huge changes in society and daily life, with liberalisation of the legal system and economy, and a push to create more home-grown jobs for Saudis. 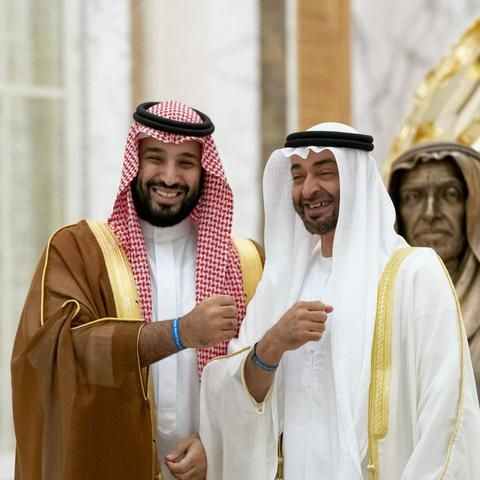 These were the details of the news Saudi Arabia at 90: Sheikh Khalifa congratulates King Salman on National Day for this day. We hope that we have succeeded by giving you the full details and information. To follow all our news, you can subscribe to the alerts system or to one of our different systems to provide you with all that is new.

38.1 million dirhams, profits of the “Dubai Financial Market” during 9...