Hello and welcome to the details of Founder’s Memorial, a creative tribute to Sheikh Zayed’s inspiring legacy and now with the details 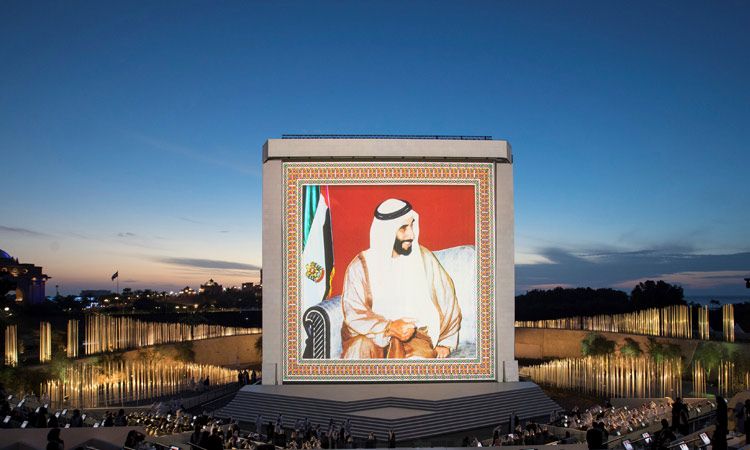 The Founder’s Memorial, a permanent tribute to the late founding father of the UAE, Sheikh Zayed Bin Sultan Al Nahyan, is celebrating its third anniversary that took place on the 26th of February, 2018 through the unveiling of the centrepiece of the site, a monumental artwork named The Constellation.

The inauguration of the Memorial coincided with the President of the UAE, His Highness Sheikh Khalifa Bin Zayed Al Nahyan, declaring 2018 to ‘mark the 100-year anniversary of Sheikh Zayed’s birth.” 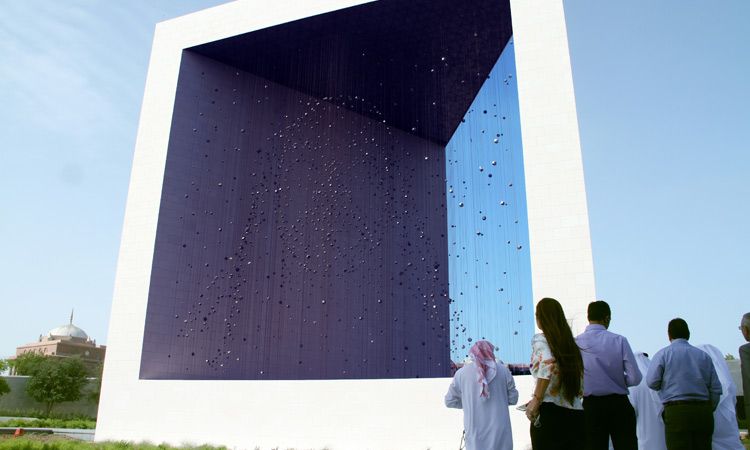 
Since its inception, the Founder’s Memorial has provided a focal point where the community throughout the UAE and international visitors can learn about and reflect on the life, legacy, and values of the late Sheikh Zayed through a series of personal encounters that reveal aspects of him as both a man and a leader.

A national landmark, and a cultural tourist destination: Since its foundation three years ago, the Memorial has witnessed a remarkable flow of visitors, that includes both tourists and residents alike.

Visitors have had the opportunity to gain a better understanding of the founding father’s legacy through the Welcome Centre which includes pictures, stories, and various interactive experiences. It also charts his local and global cultural and humanitarian contributions. Visitors will also have the opportunity to experience the innovative artwork ‘The Constellation,’ featuring a dynamic three-dimensional portrait of Sheikh Zayed. 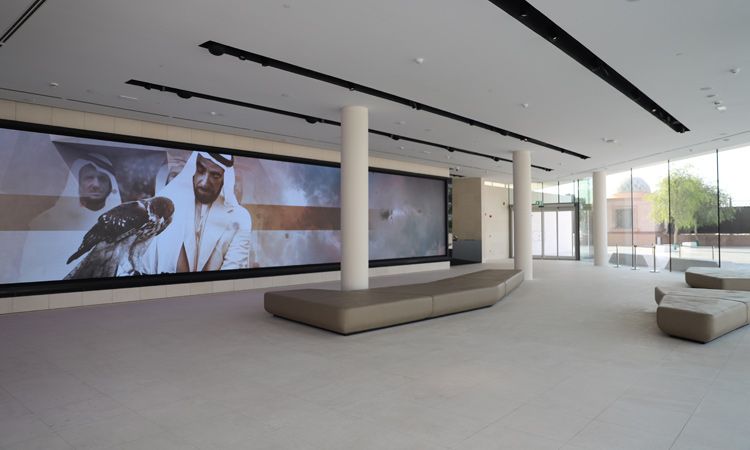 A general view of the Founder's Memorial. WAM

The Memorial has established its status as a major cultural attraction in Abu Dhabi where international visitors can connect with the UAE and learn about the culture and heritage of the country through the vision and leadership of the nation’s founding father. The late Sheikh Zayed’s values, determination, and ambition are a source of inspiration.

His leadership paved the way for the Emirates to become a unified and prosperous nation while his virtues, actions and spirit still guides us to this very day.

Housed in a 30m-high pavilion, The Constellation contains 1,327 geometric shapes suspended on 1,110 cables, with the artwork weighing more than 250 tonnes. By night, the suspended shapes shine like stars, a reminder of Sheikh Zayed’s role as a guiding light for the UAE and its people.

This celestial display evokes the timelessness of Sheikh Zayed’s vision, which continues to guide the UAE along the path to progress and prosperity. 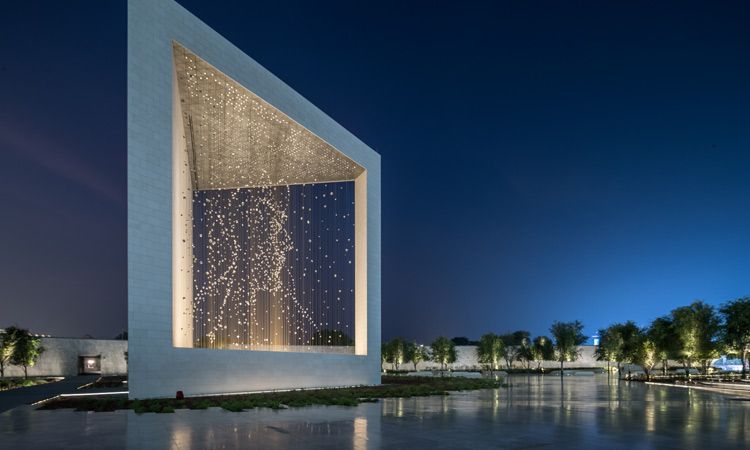 A night view of the Founder's Memorial. WAM

The memorial includes various types of trees and plants that are part of the rich natural environment of the Arabian Peninsula, which reflects the late Sheikh Zayed’s passion for nature and his keenness to preserve the local environment. The green spaces house 188 trees spread across the Founder’s Memorial in a way that allows visitors to learn more about their characteristics.

The Memorial welcomes visitors daily from 9am to 10pm. Free parking spaces are available throughout the week on Street 18. Walking visitors can enter the Memorial from the Corniche side, in addition to a drop-off and pick-up space for taxi and tourist bus passengers.

Visitors can explore the Founder’s Memorial and join the cultural tour with cultural tour specialists , to get to know the personality and insightful vision of the late founding father , the benevolent leader, allowing visitors coming from all walks of life to appreciate the beauty of the place and benefit from its valuable content and messages.

Rich cultural tours: Over the past three years, Emirati cultural tour specialists at The Founder’s Memorial have shared the destination’s themes with visitors. Each visit to The Founder’s Memorial is a new immersive experience, where visitors take on a series of interactive experiences and learn about Sheikh Zayed as a person and as a leader, while exploring his inspiring legacy and forward-thinking vision.

The Founder’s Memorial has continued its role in commemorating the late Sheikh Zayed’s extraordinary career through virtual cultural tours presented via live broadcast on the Memorial’s Instagram page. The tours have adhered to precautionary and safety measures imposed due to the COVID-19 pandemic.

These tours saw increasing attendance from individual followers and a number of global governmental and private sector delegations. They have had the opportunity to virtually tour the Memorial.

In line with its social responsibility, The Founder’s Memorial received a delegation from the Zayed Higher Organisation for People of Determination for a tour presented by cultural tour specialists at the Memorial in sign language. The delegation briefed the visitors on the role that the founding father played in supporting people of determination. They also outlined how he aimed to foster a suitable ecosystem to develop the potential of people of determination.

An immortal biography in a creative mould: The Memorial offers its visitors an integrated and unique experience that encompasses its various sections and content. This provides them with a deeper insight into Sheikh Zayed’s personality and his ideas by giving them the opportunity to listen to rare recordings of Sheikh Zayed.

These were the details of the news Founder’s Memorial, a creative tribute to Sheikh Zayed’s inspiring legacy for this day. We hope that we have succeeded by giving you the full details and information. To follow all our news, you can subscribe to the alerts system or to one of our different systems to provide you with all that is new.