Hello and welcome to the details of VIDEO: Chinese businessman buys Rolls Royce for his special number X 1 in Ras Al Khaimah and now with the details 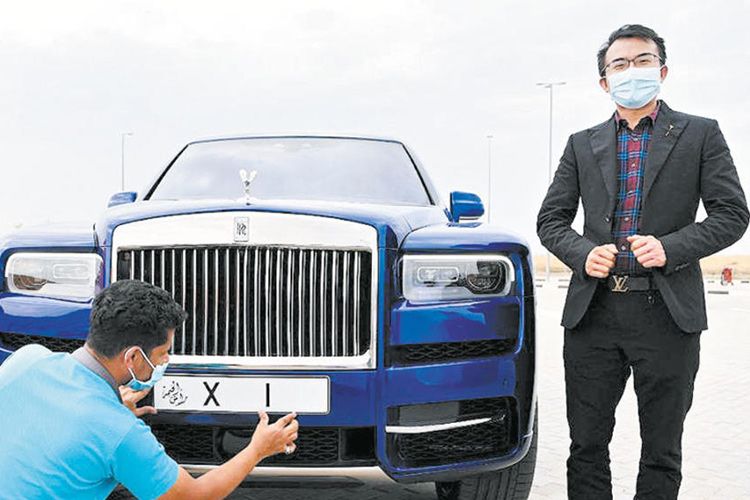 The Public Resources Authority in Ras Al Khaimah announced that a Chinese investor, Xian Jun Xu, purchased a car number plate (No. 1), “Code X”, in the emirate, during a special auction for distinguished car numbers and plates that was held on Thursday.

The special plate was allocated to a luxury car Rolls Royce.

He bought the car purely for the special number plate.

Gulf Today learned that the price of the exceptional plate was phenomenal but was not disclosed.

According to the authority, the Chinese businessman was impressed by the number plate issued from Ras Al Khaimah, which prompted him to purchase it which bears the number 1, the X code.  He installed it on a luxury car at a simple ceremony hosted by the ENOC Village for Car Inspection and Registration in the emirate.

Xian, who owns a car showroom in Dubai, said that the aesthetic of the new number plate in Ras Al Khaimah and its distinct and striking design motivated him to purchase the number plate (1) and the code (X), with which his name begins.

For the luxury car, which adds more aesthetic value to the car, he expressed his thanks to the Public Resources Authority in Ras Al Khaimah, which issues distinctive car number plates in exotic shapes and designs. 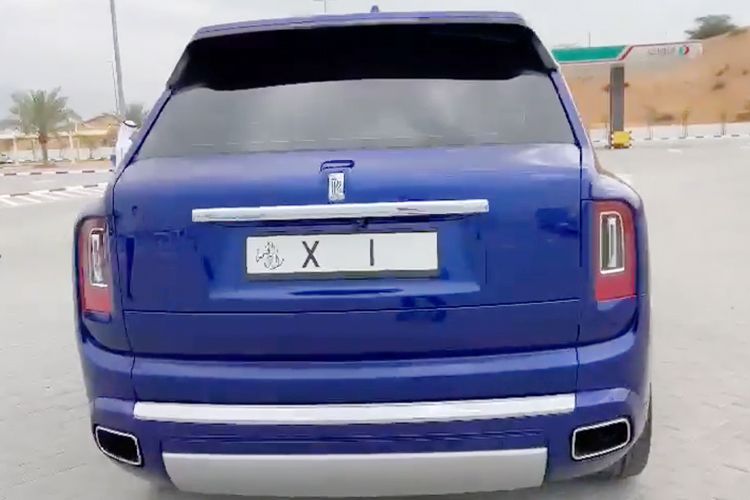 The number plate factory is keen to provide everything that would serve the community and contribute to reinforcing the emirate's position, which is proceeding steadily in the paths of comprehensive development at all levels.

Omar Al Mannai, Executive Director of Emirates Auction, stated that the company is keen to provide services that please the public, who wish to acquire vehicle plates bearing distinctive numbers.

He stressed that the acquisition by a resident investor in the country of a distinctive number plate indicates its effective performance and its ability to attract those wishing to acquire distinctive numbers for their vehicles through best practices and standards, with high transparency and dynamism.

These were the details of the news VIDEO: Chinese businessman buys Rolls Royce for his special number X 1 in Ras Al Khaimah for this day. We hope that we have succeeded by giving you the full details and information. To follow all our news, you can subscribe to the alerts system or to one of our different systems to provide you with all that is new.