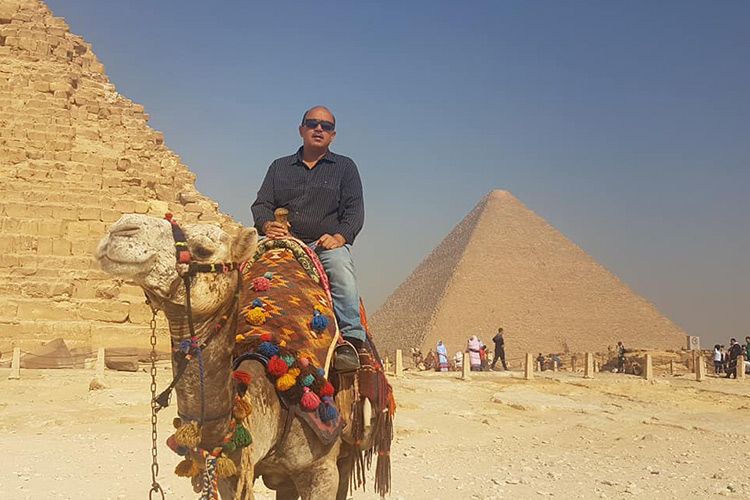 Nevin Al Sukari - Abu Dhabi - Rahul Julka poses for a photograph next to the pyramids of Giza.

An Indian national based in Nigeria has joined the long list of $1 million winners when the latest Dubai Duty Free Millennium Millionaire draw was held on Wednesday at Terminal 2 in Dubai International Airport.

Rahul Julka, a 53 year-old Indian national based in Port Harcourt in Nigeria became the latest dollar millionaire in Millennium Millionaire Series 352 with ticket number 4965, which he purchased online on 17th February.

A regular participant in Dubai Duty Free’s promotion for the last 14 years, the father of two Julka used to live in Dubai before moving to Nigeria in 2009 and works as a General Manager for Clariton Hotel and Resorts. 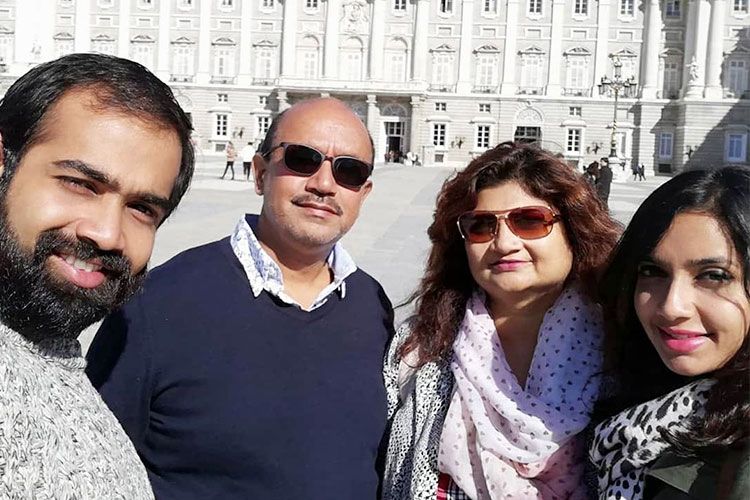 Rahul Julka with his family.

“I always trust Dubai Duty Free’s draw as it is straight forward and honest. I always feel confident that I will get lucky one day and today is that day, so I encourage people to patronise this amazing promotion,” he said.

When asked on his initial plans with his win, he said “This will certainly go a long way in terms of my financial obligations and preparation for my retirement as well as securing my children’s future.”

Following the Millennium Millionaire draw the Finest Surprise draw was conducted for one luxury car and two motorbikes. 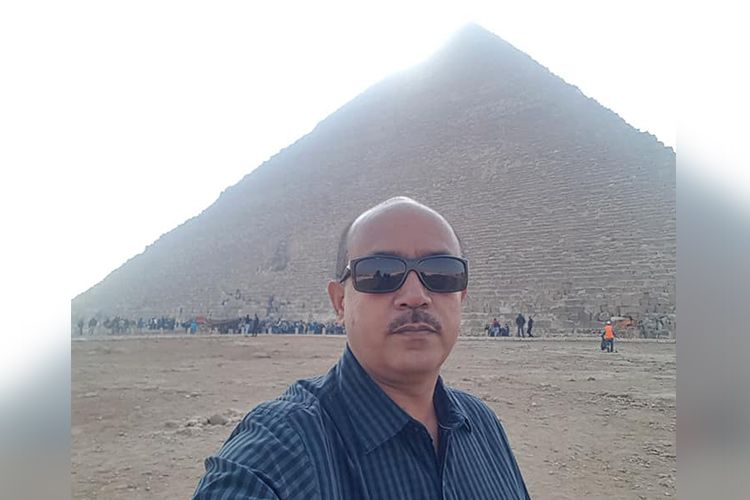 Rahul takes a selfie near the pyramids of Giza.

Ikeda who first started buying tickets in Dubai Duty Free’s promotion in November 2020 is a father of two and runs an entertainment company in Tokyo.

“It’s amazing. Thank you so much Dubai Duty Free,” he said.

A resident of Abu Dhabi for 12 years, Tsuruta is a father of two and works as a head of training and development department for Abu Dhabi Oil Company (ADOC)

A regular participant in Dubai Duty Free’s promotion for 12 years now, Tsuruta who also hails from Tokyo usually watches the live draw on Dubai Duty Free’s Facebook page but today decided not to watch it for the first time and was understandably surprised when he received a call from Dubai Duty Free informing him of his win.

“Dubai Duty Free is doing a great job, this promotion is a wonderful opportunity, you just have to be patient. From the bottom of my heart, thank you Dubai Duty Free,” he said.

Lastly, Noushad Theayeakandoth, a 37 year-old Indian national based in Dubai, won a BMW F 900 XR (Light White) motorbike, with ticket number 0779 in Finest Surprise 445, which he purchased on 22nd February.

A regular participant in Dubai Duty Free’s promotion for 12 years now, Theayeakandoth is a resident of Dubai for 18 years and works a driver for Bin Zayed Group.

“I’ve been trying my luck for a long time, finally it happened. Thank you Dubai Duty Free,” he said.

These were the details of the news Indian living in Nigeria wins $1m in Dubai raffle draw for this day. We hope that we have succeeded by giving you the full details and information. To follow all our news, you can subscribe to the alerts system or to one of our different systems to provide you with all that is new.