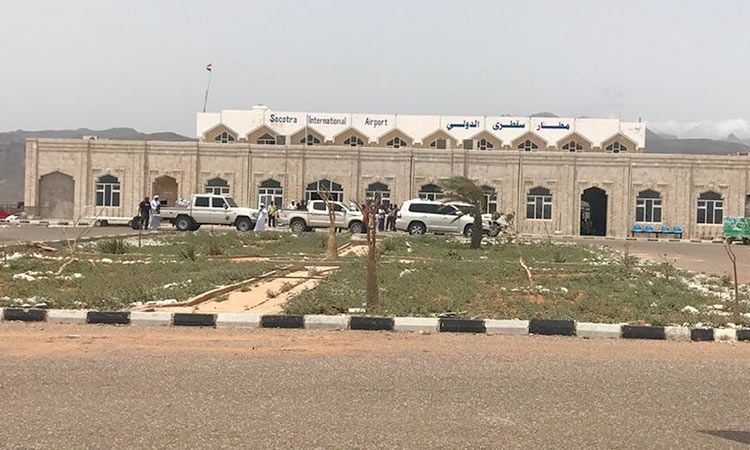 The people of Yemen need humanitarian aid desperately to lift them out of their dire conditions and this is where the UAE has rushed in to help – tremendously. The assistance given by the UAE over six years amounted to $110 million. The aid has helped dramatically improve living conditions of the people of Socotra.

The over $100m aid was provided to the island from 2015 to 2021, according to official reports, with donor organisations including the Emirates Red Crescent (ERC), the Khalifa Bin Zayed Al Nahyan Foundation, the Sheikh Sultan Bin Khalifa Al Nahyan Humanitarian and Scientific Foundation, the Abu Dhabi Fund for Development (ADFD) and the Abu Dhabi Waste Management Centre.

This aid has shored up key sectors of the government including roads and transport, education, water and health, construction and energy among other areas.


Two-state solution only way to resolve the Palestinian issue: UAE

Airport and port: The UAE’s aid helped restore Socotra’s airport, enabling it to serve the process of development and facilitating transporting to and from the island. This support included improvements to the airport’s lighting, maintaining its nine-kilometre fence, and constructing two VIP halls and separate halls for luggage inspection. Moreover, the UAE assisted in the restoration of a 90-kilometre long pier and increasing the draft to a depth of four and a half metres to receive larges vessels. A number of solar power stations were also built.

The UAE offered university scholarships to 80 local students to study in Egypt, and 40 to UAE University. It also launched various educational projects, including the restoration of local schools and building new classes, and inauguration of the Socotra Institute for Consultancy and Training, according to WAM.

Moreover, the UAE has provided the education sector in Socotra with teachers from abroad, hired some 440 local teachers, brought 17 teachers from Egypt, organised support classes for high school students, and inaugurated the Ataya School and two laboratories. It also printed 227,000 textbooks. The UAE also established the Socotra University and opened two colleges. 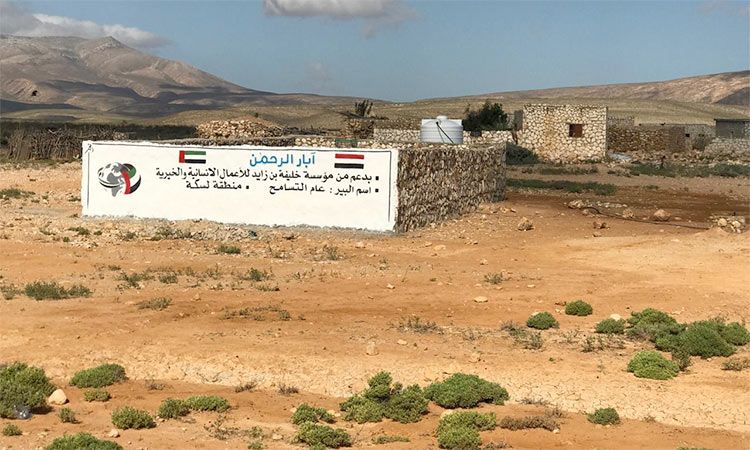 The Khalifa Foundation also helped in launching projects on the island.


In addition, the UAE supported the island’s public transport and maritime transport sector by donating four school transport buses and hiring 15 buses to transport students in the desert.

UAE humanitarian organisations supported the island by distributing various relief supplies to those affected by the dire humanitarian situation, and by rescuing victims of cyclones, "Makunu" and "Shapla.” It also built 161 residential units in Zayed City, 21 in Dafarh, 51 in Arshani, and other units in Zaheq and Dixam. Financial and food assistance were given to the needy.

The UAE contributed to improving the performance of the island’s health sector, by supporting and operating hospitals and medical centres, providing medical equipment and ambulances, establishing a fully equipped emergency facility and two surgery rooms, and donating 13 beds and an ICU unit, in line with international standards, apart from expanding Sheikh Khalifa Hospital and increasing its bed capacity to 42, adding four beds to the ICU unit. A haemodialysis unit comprising five washing machines was also added; 16 CT scan machines were also installed.

The UAE has supported local Ramadan Iftar projects for many years and restored mosques and provided them with power and water. Under the same framework, it enabled young people wishing to get married by organising and financing four group weddings. 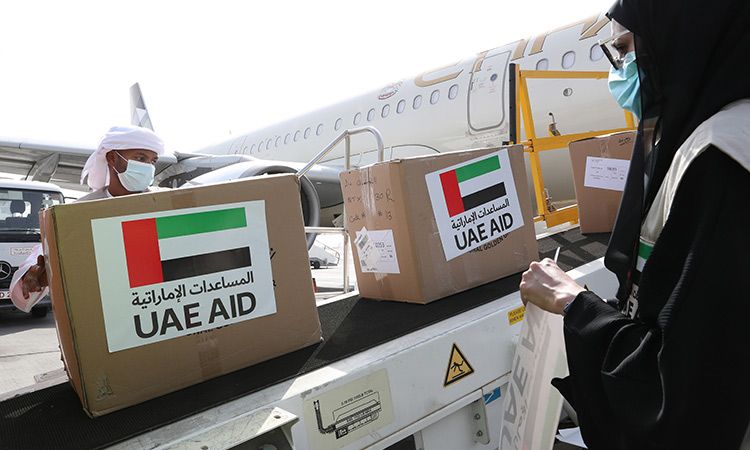 Vital aid being transported to Socotra from the UAE.


It also provided financial aid to retirees and supported nearly 1,500 families, in addition to organising cultural, heritage and sporting events, including the Socotra Poetry Festival, the Corniche Marathon, the Ironman and the Camel Race.

The UAE has supported projects for productive families and family and women’s associations, by providing sewing machines, holding workshops for girls and enabling them to participate in heritage festivals in the UAE, establishing a childhood and motherhood centre, and training farmers, especially palm tree farmers. It also constructed a date factory with 1,200-tonne capacity a year on the island.

The UAE established four power plants, installed power generators in remote villages, created a distribution network for more than 30 sites, installed solar-powered street lighting, and established two solar-powered plants, one in Hadibo with a capacity of 2.2 megawatts and another in Qalansiya with a capacity of 800 kilowatts. It also built water tank sterilisation stations, drilled 48 artesian wells, and constructed pumps to extract water using solar energy.

The UAE also supported the island’s Fishing Cooperative Union and 27 fishermen’s associations, and established anchoring areas, constructed relevant facilities, and restored eight buildings, including a fish market, a fish factory with a production capacity of 500 tonnes per month that employs 500 local people while donating 30 fishing boats, 10 refrigerators and 13 insulators for transporting fish.

These were the details of the news UAE provides over $100 million worth of aid to Socotra in Yemen for this day. We hope that we have succeeded by giving you the full details and information. To follow all our news, you can subscribe to the alerts system or to one of our different systems to provide you with all that is new.