Thank you for your reading and interest in the news Coronavirus: More Indian repatriation flights to depart from UAE on Saturday until May 23 and now with details

Hind Al Soulia - Riyadh - The second batch of repatriation flights to India will begin to depart from the UAE on Saturday, officials have confirmed.

In a tweet on Friday, the Indian Consulate in Dubai said "11 Air India Express flights" would carry hundreds of Indian nationals home under the “second phase of the Vande Bharat Mission”.

The flights, the majority of which are due to arrive in Kerala, south India, will operate from May 16 to May 23.

As per the current timetable, the first of the scheduled flights, IX 0435, is due to take off from Dubai for Kochi on Saturday.

An additional two carriers will depart from Abu Dhabi later in the day, both destined for Calicut.

On Sunday, two flights will depart from Dubai to Kannur and Kochi, and one flight from Abu Dhabi to Kochi. All flights will be subject to slot approvals.

The first phase of repatriation flights to India from Dubai, Abu Dhabi and Sharjah concluded on Thursday afternoon, as Air India flight AI 996 departed for Delhi.

About 2,000 passengers have managed to reunite with loved ones as a result of the weeks-long government-backed operation.

As expected, the announcement of the second phase of flights has been welcomed by many who are desperate to return home.

Many tourists were stranded in the UAE when both countries closed their borders in March. And due to job losses and salary cuts, many Indian residents in the UAE made plans travel back to their home countries too, due to financial difficulties.

When the Indian Embassy announced that it would start carrying people home on special flights earlier this month, more than 200,000 residents and tourists in the Emirates registered for the service. The first flight out of the country as part of the operation departed on May 7.

As per embassy guidelines, priority for the initial phases is being given to pregnant women, children, older people or Indian nationals with health problems. 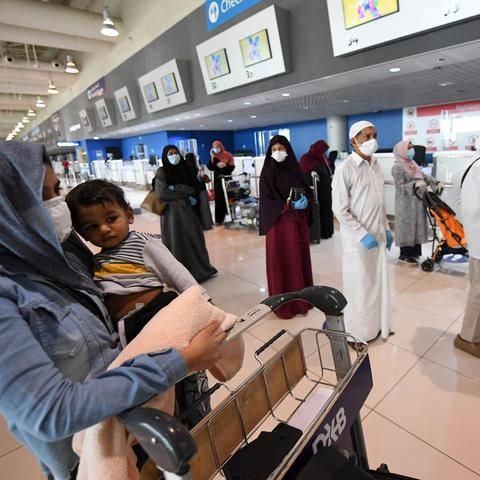 These were the details of the news Coronavirus: More Indian repatriation flights to depart from UAE on Saturday until May 23 for this day. We hope that we have succeeded by giving you the full details and information. To follow all our news, you can subscribe to the alerts system or to one of our different systems to provide you with all that is new.